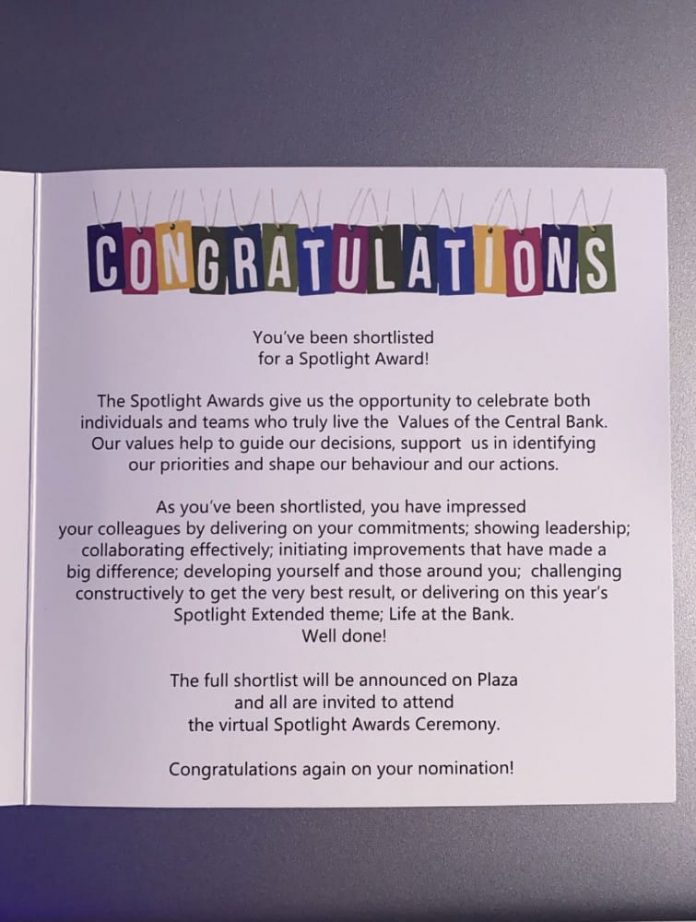 A Nigerian lady who works with the Central Bank of Ireland, has expressed her happiness after winning the bank’s highest award.

According to @Nono_Okeke_29, she won the “Spotlight Award” which is the highest award you can ever win in the Central Bank of Ireland.

She also dedicated the award to Director-General of the World Trade Organization, Ngozi Okonjo Iweala who she said motivates her.

“So this happened yesterday! I work in Central Bank of Ireland and yesterday I won the “Spotlight Award” which is the highest award you can ever win in Central Bank.Still in shock! Ngozi Iweala is the woman that motivates me to work viciously hard! I dedicate this award to her.”

I don’t need your permission to work for Kenyans: President Ruto...

Ghana to Deport another Batch of Nigerians over Illegal Stay