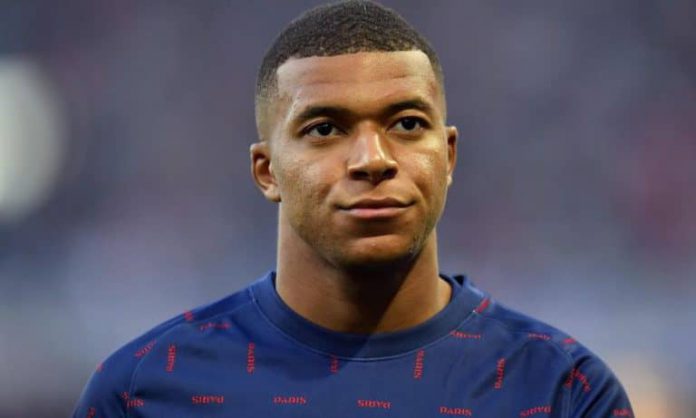 Paris Saint-Germain are reportedly willing to pay £125million (€150m) to Kylian Mbappe over two seasons in a bid to keep the striker.

Mbappe’s contract with the French giants expires this summer and he is widely expected to make the move to the Spanish capital having been pursued by Real Madrid for years.

The 23-year-old however has kept people guessing about his future after he delivered a cryptic message in which he teased that ‘new elements’ could determine whether he stays at PSG.

But Spanish journalist Guillem Balague claims those ‘new circumstances’ relate to money and Mbappe’s desire to have Madrid pay him more than the £125m PSG are offering, with the Frenchman’s heart still set on a move to the Santiago Bernabeu.

You might have heard that Mbappe is considering new ‘circumstances’,’ Balague tweeted. ‘Some translated that as his intention to stay at PSG.

‘Those ”circumstances”? €150m that PSG want to pay him for two seasons. He wants Real to pay him more, still his desired destination. No other club involved.’

The comments come after Karim Benzema – who scored a hat-trick against Chelsea in midweek – said he thinks Kylian Mbappe would be an ideal ‘third star’ at Real Madrid alongside him and Vinicius Junior, claiming they could score triple the goals if he joins.

‘With Mbappe, we get on well because we know what the other is going to do,’ Benzema told L’Equipe.

‘For example, we both like to go left but we will never both be there at the same time: the other will come inside, or drop deeper.
‘I like playing with him in national team and I would like to play with him in club. I think we would score double the goals. Or maybe even triple!’

Mbappe once again highlighted his world class abilities at the Parc des Princes at the weekend, scoring twice and registering three assists as Mauricio Pochettino’s side moved one step closer to winning Ligue 1 by beating Lorient 5-1.

The PSG star was quizzed at the weekend about whether he would be staying in Paris or moving on from the French club in the summer and he was particularly coy in response.

‘I haven’t made the decision, but there are new elements,’ he told reporters. ‘What are they? New elements [laughs]. I’m calm, trying to make the best decision with my loved ones.’

PSG have made it clear that they want to keep the 23-year-old, but time is running out for them to convince him to commit his future to the club.

The speculation regarding Mbappe’s future does not appear to be affecting his performances on the pitch.

Following his virtuoso display in the French capital on Sunday, he now had 17 goals and 13 assists to his name in Ligue 1 this term, meaning he has been directly involved in more goals than any other player in the division.

Fraser had right to overrule Medical Parole Advisory Board on Zuma...

PSG Owner Fed Up Of Neymar