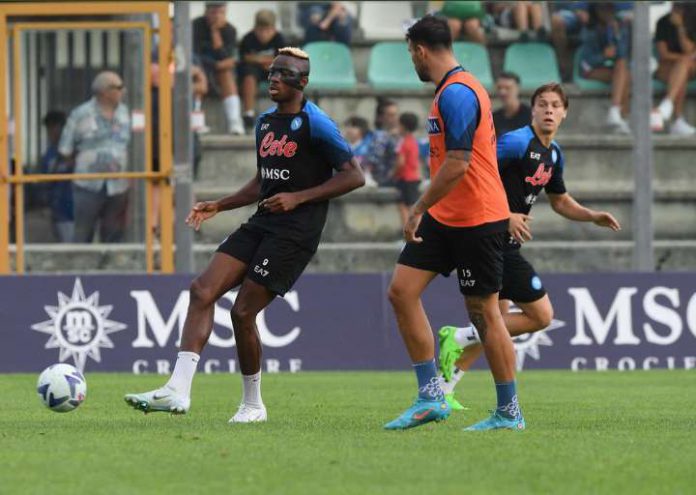 Top Italian Sports Journalist Paolo Bargiggia hours before the kickoff of the new Serie A season, broke the news on his verified Twitter handle.

His post read: “On his trip to Paris a few days ago, Giuntoli discussed the transfers of Fabian and Keylor Navas with Paris Saint-Germain but also of Victor Osimhen who is highly regarded by PSG manager Christophe Galtier.

“Recall Galtier was his former coach at Lille. The French club now have the option to sign him for next season.”
Osimhen joined Napoli from Lille for a club and African record fee of 81.3m euros in 2020.

The striker who had a two months layoff owing to a fracture injury he suffered on his face, went on to score 18 goals in 31 games in all competitions for Napoli last season.

The feat earned him the Italian Serie A Most Valuable Player (MVP) for U-23 footballers.

Rashford Wins Premier League Player Of The Month For September

Was Too Expensive For Real Madrid – Finidi George

We’ll drag government to court if it fails to fight galamsey...