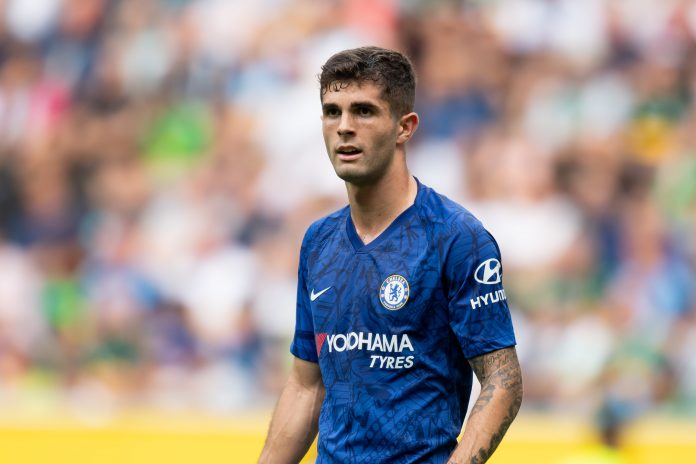 Christian Pulisic had become a key starting figure during Frank Lampard’s tenure at the club prior to the American international’s injury and the former Chelsea midfielder’s removal as head coach.

Since Thomas Tuchel has taken over the role at the West London side, Pulisic has found it difficult to get into the team. The German coach has changed systems at the club choosing to move to a 3 at the back with the likes of Marcos Alonso and Ben Chilwell taking up wide left positions as wing backs.

Tuchel has then picked players such as Mason Mount and Timo Werner to play in a left-sided advanced role ahead of the left winger. Despite this, Tuchel does want the American to stay.

“Today a clear ‘yes’, but it’s not only my point of view, we have to see. But for me clearly yes,” he said.

“Chelsea bought Christian for a reason, for his quality, his potential. It’s our job to bring out the best in him. He proved in many weeks that he has the level to be a regular Chelsea player, to have a big impact in this club. It’s a challenge now to hold this level, to improve and to maintain the level and to keep improving.”

However, although Tuchel has publicly stated that he wants Pulisic to stay, transfer journalist Fabrizio Romano has said on his latest podcast that Pulisic could look to leave in the summer if his situation at the club does not become healthier.

Christian Pulisic ‘doesn’t want to create any problems’ with his situation at #Chelsea and will wait until the end of the season to see his future. If his situation continues, he will be ‘one of the candidates’ to leave in the summer.

Should he leave in the summer, Chelsea have a number of options available to them to cover the position but will be looking to make as much money back from the amount invested in the former Borussia Dortmund wide man as possible.

Welcome to the official home of Chelsea Football Club on YouTube. It’s the only…

UCL: Zaidu Sanusi’s FC Porto Gets The Group Of Death As...