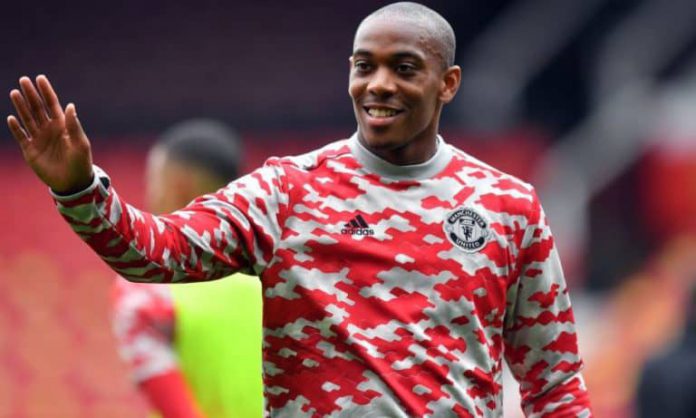 Anthony Martial wants to leave Manchester United during the January transfer window, according to his agent Philippe Lamboley.

The France international has made 268 appearances for the Red Devils since arriving from Monaco in 2015, scoring 79 goals and contributing 50 assists in the process.

Martial has struggled to make his mark during the 2021-22 campaign, though, netting just once in 10 appearances, and he is currently on the sidelines with a knee injury.

The 26-year-old’s agent Lamboley has revealed that his client has signalled a desire to leave Old Trafford in the middle of the 2021-22 campaign.

“Anthony wishes to leave the club in January. He just needs to play. He doesn’t want to stay in January and I will speak to the club soon,” Lamboley told Sky Sports News.

Martial has only played two minutes of Premier League football since Ole Gunnar Solskjaer’s departure as head coach and will not be in the squad for today’s clash with Norwich City at Carrow Road.

I am not ready to quit – Israel Adesanya