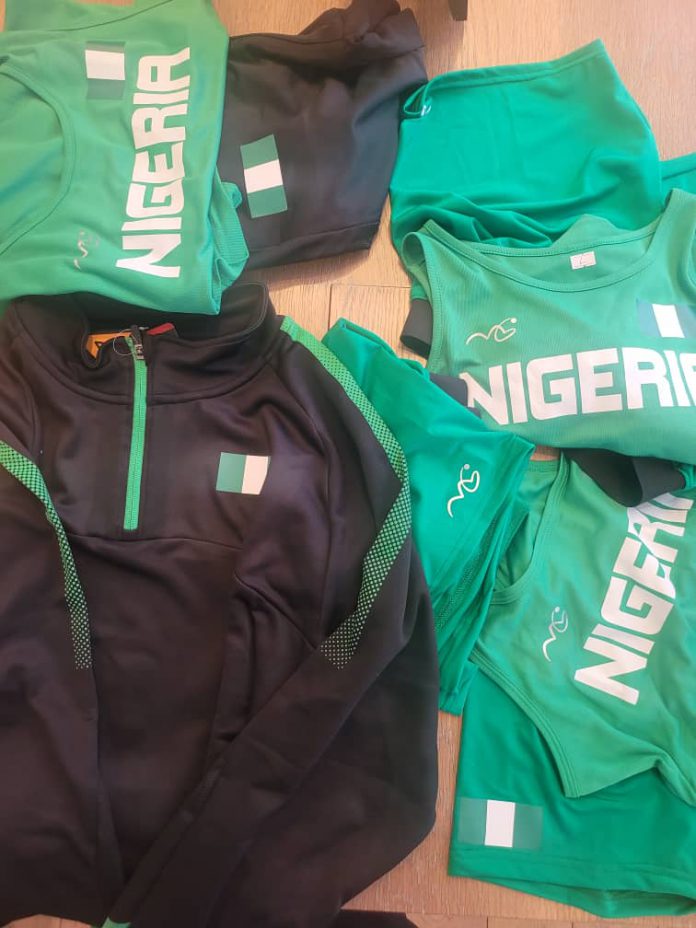 The Athletics Federation of Nigeria, AFN, says Nigeria’s track and field athletes will extend their record making feats to the Commonwealth Games when the athletics event starts on Tuesday after Saturday’s marathon races in Birmingham.

AFN President, Tonobock Okowa said this Saturday while unveiling the new kits for Team Nigeria in Birmingham ahead of the start of the track and field event at the games.

“The AFN is ready to deliver yet again like we did from the Olympics last year when we ended a 13 year wait for a podium finish to the World U20 Athletics Championships where we achieved unprecedented feats.

“From the World indoor championships where we ended a 14 year wait for a medal to the World outdoor championships in Oregon, USA where we produced not just a world champion for the first time in our history but also a world record holder,” said Okowa, who believes getting the athletes to compete in good kits will also spur them to excel.

“We have produced top quality kits for the athletes and got delivery of them on Friday. The kits will also be used by our athletes going for the World U20 Athletics Championships in Cali, Colombia,” added the AFN boss.

Okowa could not explain why there was a huge hue and cry over the kitting of the team.

“The noise over the ill-advised story by the AFP is unnecessary. First the agency got it wrong by attributing it to the entire contingent when the contract for the job was from the AFN.

“I also note that track and field events in which we will be competing in will start on Tuesday. The kits have been delivered and I hope those who reported the story in a negative way will now eat their words and admit they have fed the public with a fake story.”

The AFN President assures that the federation will soon sign a lucrative deal with a sportswear and equipment company very soon.

“We are discussing with a few sportswear and equipment companies. Very soon we shall finalise with one of them and put everything on the table for transparency sake.

“With what Tobi Amusan and Ese Brume did in Oregon plus the huge potentials the young athletes like Favour Ofili, Favour Ashe, Udodi Onwuzurike, Nathaniel Ezekiel and a few others, we have the advantage.”

Okowa did not rule out NIKE who kitted the team to the World Championships. The AFN is now the beautiful bride.

5 things to know about Kenya

World Cup Qualifiers: Playing In Lagos Will Bring The Best Out...