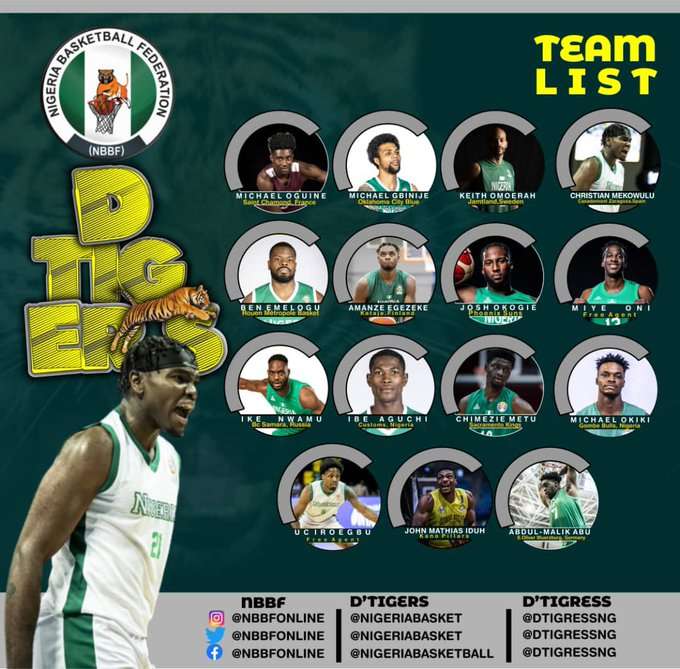 Ahead of the fourth window of the 2023 FIBA World Cup qualifier, the D’Tigers coach Mike Brown has invited players to the camp.

D’Tigers currently sitting fourth in group E of the qualifier will hope to hit the ground running to secure their place in the competition next.

Josh Okogie of the Phoenix Suns, Miye Oni and Ike Nwamu of BC Samara of Russia headline the list of the invited players.

Chimezie Metu who was part of the last qualifier in Rwanda also made the list alongside Uche Iroegbu, Michael Okiki among others.

President Ruto says no part of Kenya to be left out...

Make room for suggestions from NDC – Prof. Gyampo to EC

Lampard Distanced Self From England Job

CLOGSAG accuse politicians of being behind ghost names on payroll