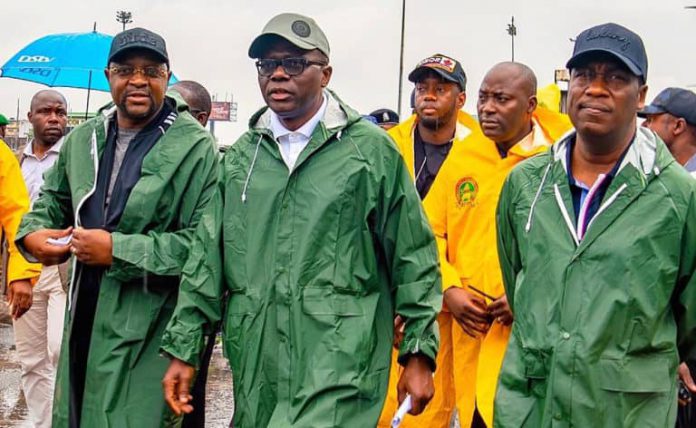 Oyedeji, who visited the Access Bank Lagos City Marathon, Marathon Village at Teslim Balogun Stadium, Surulere, commended the headline sponsor of the race, Access Bank, for their fate in the race which has rubbed off positively on Lagos State and Nigeria.

Discussing with the General Manager, Access Bank Lagos City Marathon, Yussuf Alli, after signing his form, he said: “I must commend Nilayo Nigeria Limited the Project Consultant and the secretariat headed by you. Your pedigree as an athlete and administrator is well known but I must commend the headline sponsor, Access Bank, for investing in the race when it was just an idea on paper.”

Oyedeji said the Access Bank Lagos City Marathon has put Lagos on the global sports map, “everywhere I go, people always talk about Access Bank Lagos City Marathon, informing me that we are doing a good job and that will be coming to Lagos to run the marathon. The decision of foreigners to come to my city and run motivated me to decide to run this year. It will be a great honour to run along with the Governor of Lagos State, Babajide Sanwo-Olu, Edo State Deputy-Governor, Philip Shaibu and hundreds of thousands of runners from different parts of the world.”

Oyedeji urged celebrities in the sports and entertainment industry to join hands with the Lagos State Government to add colour to the annual marathon.

“Alicia Keys and celebrities in New York join the New York Marathon not just to run but because they know celebrity participation motivates millions and once millions show interest worldwide, it brings economy business to the city. In other American cities, celebrities join their local marathon. I am appealing to celebrities in Lagos to embrace Access Bank Lagos City Marathon,” said Oyedeji