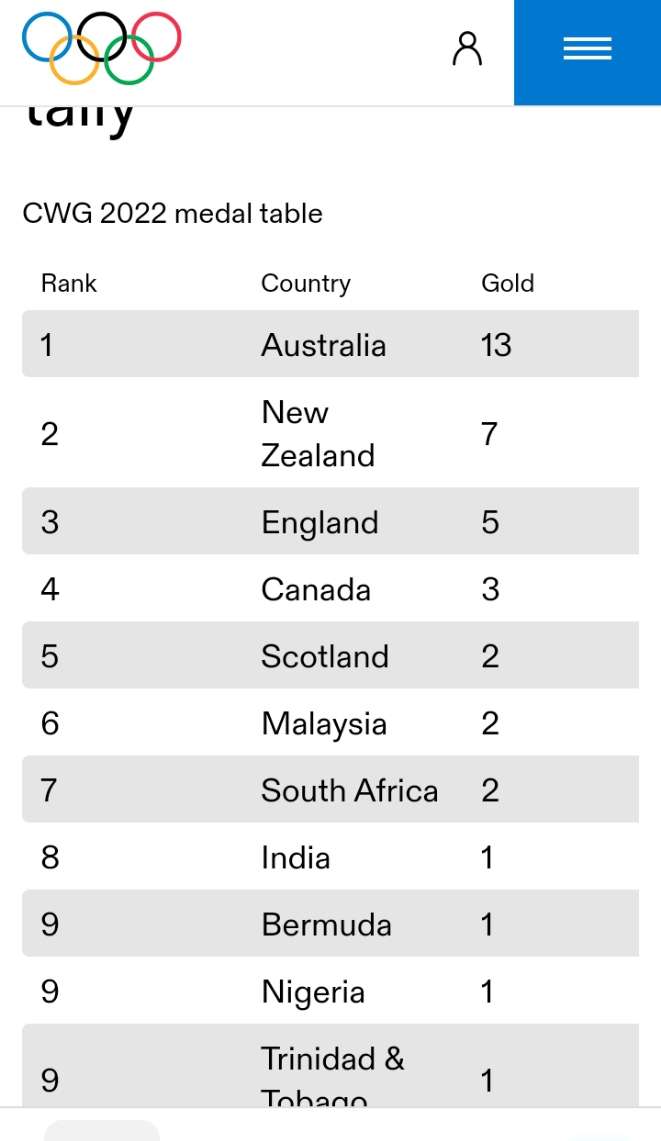 Team Nigeria won her first gold medal at the ongoing Commonwealth Games in Birmingham on Saturday as Adijat Adenike Olarinoye defeated her challengers in the women’s 55kg.

Australia ended day two of the Commonwealth Games in command of the medals table after another impressive showing on day two in Birmingham with 13 gold medals while New Zealand maintained the Second position with 7 gold followed by England who claimed the first gold of the Games through Alex Yee in the men’s triathlon, enjoyed further success through Ben Proud in the 50m butterfly while Johnboy Smith won the wheelchair marathon after David Weir suffered a puncture when in the lead.
Canada in 4th position have three gold medals to its name while Scotland, Malaysia and South Africa are 5th, 6th and 7th with two gold medals each. India, Bermuda and Nigeria have one gold medal each as the three countries occupied 9th position.

Up to 600 security guards killed annually in South Africa

Aisha Buhari Cup: Okon insists there are no underdogs