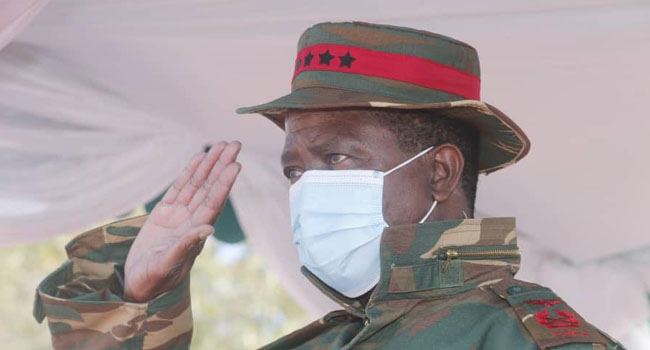 The President of Zambia, Edgar Lung, reportedly suffered an attack of dizziness on Sunday, which prompted a sudden halt to television coverage of an official ceremony in the southern African nation.

Lungu, who is campaigning for re-election in August, had been attending a defence forces Commemoration Day event, which was immediately brought to an end.

“He recovered immediately and walked to the official car and returned to his residence at State House.”

Miti affirmed that the 64-year-old was well and would continue to discharge his duties.

Lungu has a rare stomach disorder called achalasia and was taken ill in public in 2015 and hospitalised.

Recall that he came to power in 2014, initially replacing Michael Sata who died unexpectedly before the end of his term. He then went on to win polls in 2016.
While struggling with mounting debt and the effects of the coronavirus pandemic, Lungu has been scrambling to boost public support ahead of the August 12 polls, which are for parliament as well as the president.

Disruptive wind expected in parts of Western Cape on Saturday

Crossdressers are responsible for high rate of divorce in Nigeria –...