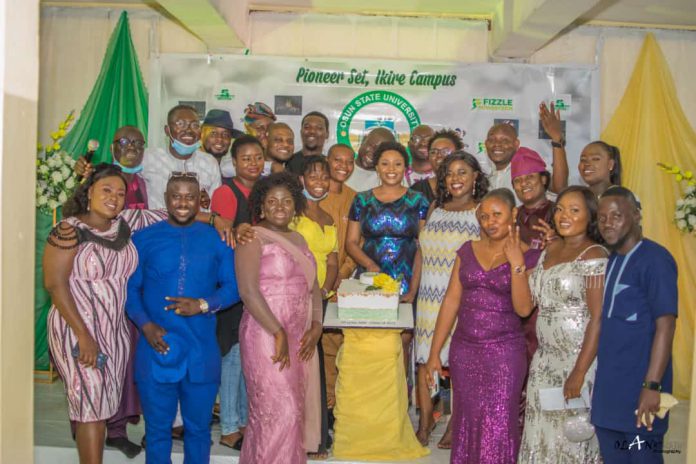 It was a memory to behold when the 2007 Pioneer Set and Alumni of the Osun State University, Ikire Campus, met on 30 October 2021, to celebrate their reunion, ten years after graduation from the citadel of learning.

Highlights of the reunion include the introduction of colleagues, most of whom are now married, current status in terms of work-related engagements, and discussions that centred on networking.

Part of the activities to mark the reunion was the election into key executive positions. At the end of this exercise, several officers emerged as new officers. These officers include Ayodele Oluwatosin Oyekunle who emerged as the Chairman, Otubu  Gbemileke as 1st Vice Chairman (male), Fakunle Oluwadarasimi as 2nd Vice Chairman (female), Raheem Oluwafunminiyi as General Secretary and Oyeleke Faith as Assistant General Secretary.

Others include Agboola Toyin as Treasurer, Usiade Arthur as Social Secretary, Erinoso Segun- Financial Secretary, Odetola Folakemi as Auditor and Adegbola Fadekemi as Publicity Secretary. The newly elected officers will steer the Association for the next four years.

Recalling their university years with nostalgia, a few colleagues went down memory lane to share the good and bad experiences as undergraduates which was for some a moment of appreciation and others a learning process.

Raheem Oluwafunminiyi and Otubu Gbemileke, for instance, expressed their appreciation to two colleagues, Ajewole Opeyemi Mary (now Mrs Opeyemi Erese) and Fasola Igbagboleke, for their kind assistance in securing a befitting accommodation in their first year at a time when hostels were very scarce in Ikire town.

Colleagues who have risen to be Chief Executive Officers also spoke at the reunion, sharing insights into how they built their businesses and what could be done to be at the top. Adebodun Olalekan of Labbys Treat explained the strategies involved in establishing a small chops business in Nigeria, while Ayoola Bello (Maturity Couture) who is into branding and brand marketing shared the ups and downsides of branding business in Nigeria.

Omolola Okuyiga, who flew in majorly for the reunion urged her colleagues to use the reunion to network, particularly by learning any of the entrepreneurial jobs that will provide other sources of income aside from the white-collar jobs many were currently engaged in.

She cited the example of an online platform where one could earn money in hard currency with the aid of smartphones.

RET lacks candidate for Presidency as options have run out

One-quarter of the elderly in Ghana are multidimensionally poor – GSS

10th edition of Rhythms On Da Runway launched in Accra