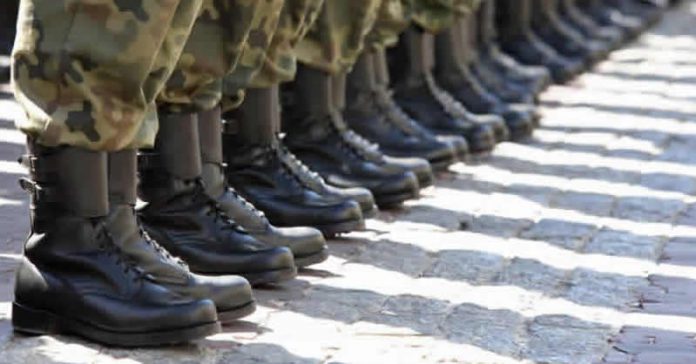 The Nigeria Army announced on Sunday that seven terrorists have been neutralised in Birnin Gwari Local Government Area of Kaduna State and weapons have been recovered from the operation.

A statement by the Director, Army Public Relations, Brigadier General Onyema Nwachukwu, read that troops of 1 Division Nigerian Army on Operation Forest Sanity carried out a clearance operation around Maidaro, Kagi Hill, Kusharki and Anguwan Madaki areas of the LG.

He added that after the fierce battle that led to the death of seven terrorists in separate operations, some bandits still escaped their net.

The statement added that two AK 47-rifles with two rounds of 7.62mm special, one automatic pump action gun with three cartridges, six dane guns, three locally fabricated pistols with one 9mm round and 4 motorcycles were recovered.

The Chief of Army Staff commended the troops for their gallantry, urging them not to relent until terrorism is brought to an end in the region.

Violence increases in Burkina Faso as 18 die in attacks

Severe thunderstorms and heavy rain expected in parts of KZN