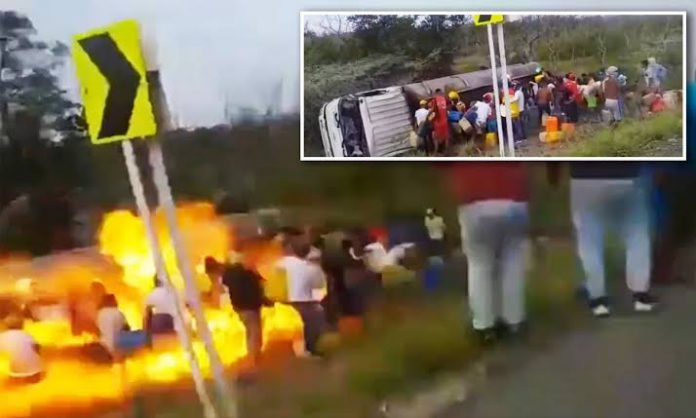 An overturned tanker exploded in a fireball in Northern Colombia on Monday killing not less than seven people with dozens injured.

The accident occurred on the road between the cities of Barranquilla and Santa Marta on Colombia’s Caribbean coast.

The Police revealed that dozens gathered around the tanker after it overturned trying to siphon off fuel when it ignited, causing an inferno.

The Mayor of the town of Pueblo Viejo, Fabian Ospino in a video posted on social media explained that they believe there are at least seven people burned to death in the tragic accident.

The governor of the local department of Magdalena, Carlos Caicedo said, “there are people who have burns over 90 per cent of their body.”

“We are working with the air force for a medicalized flight in order to be able to send patients to other cities where they have burn wards. Let’s not forget that in Magdalena there is no burn ward,” said Caicedo.

Divisions within royal family widen ahead of king’s coronation

Allegations of illegal mining in Offin river being investigated –...

Nigerian Singer Waje Recounts Her Experience After Banned From Church For...