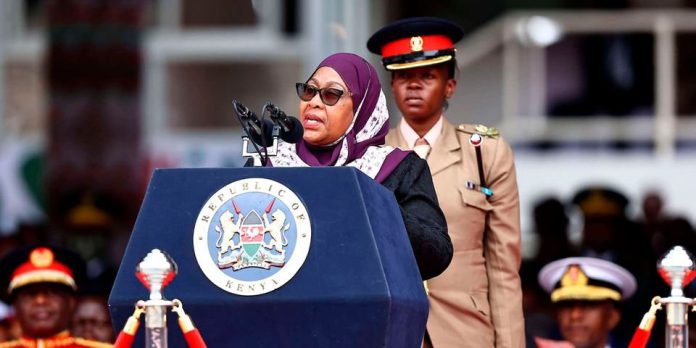 Leaders of Mozambique and Tanzania announced on Wednesday, September 21, that they had signed defence and security deals aimed at fighting terrorism and crime along their shared border.

No details were released about the agreements, which were signed during a visit to Maputo by Tanzania’s President Samia Suluhu Hassan.

It should be recalled that a deadly insurgency erupted in northern Mozambique, near the Tanzanian border, five years ago.

But life now was “gradually returning to normal” after thousands of foreign troops from several African countries were deployed more than a year ago to quell the unrest, Mozambican President Filipe Nyusi said.

“The enemy is now operating in small groups trying to descend into the southern districts,” Nyusi said during their talks.

President Hassan said as the two neighbours share a “very long” boundary, “we need a good security system in which we can protect our border”.

“We have been seeing… cross-border crimes (and) terrorism,” she said.

Mozambican forces, backed by Rwandan troops, said in August last year that they had driven out the militants occupying the port.

Over 4 million Fuliza defaulters to be deleted from CRB from...