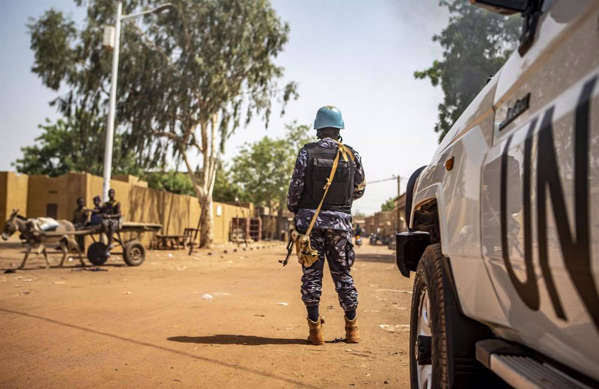 The government of Mali has given the United Nations mission spokesman 72 hours to leave the country as a result of the conflict between the West African country and Ivory Coast over the detention of 49 soldiers who came to Mali to support a security group contracted by the U.N. mission.

According to a foreign ministry statement, Mali’s Ministry of Foreign Affairs said that the Deputy Special Representative of the U.N. Secretary General in Mali, Daniela Kroslak, was told of the decision by Mali to “invite” U.N. mission spokesman Olivier Salgado to “leave the national territory within 72 hours.”

“This measure follows the series of contentious and unacceptable publications by the person assigned to social networks declaring, without any proof, that Malian authorities were informed ahead of time of the arrival of 49 Ivorian military soldiers,” it added.

It should be recalled that Ivorian soldiers got to Mali on July 10 in a support mission for a company contracted by the U.N. mission.

Mali posited that the soldiers were illegally in the country, however Ivory Coast stated that Mali was informed.

Divisions within royal family widen ahead of king’s coronation

JAMB announces introduction of self-registration in Lagos and Abuja

We will not support any bill to legalise marijuana in Nigeria...