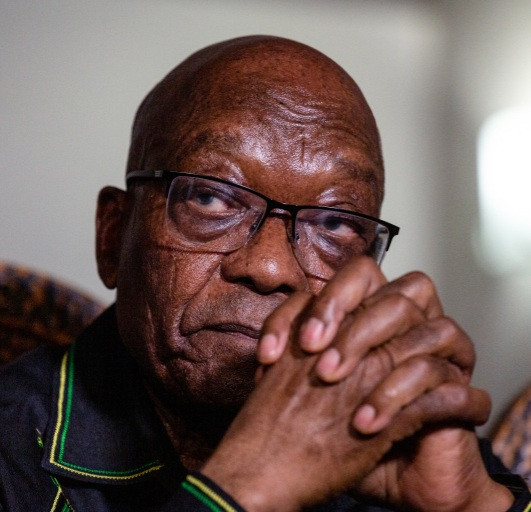 South Africa’s former president, Jacob Zuma, who started a 15-month sentence for contempt on Thursday, July 8, will be eligible for release on parole in four months time.

Justice Minister Ronald Ramola intimated reporters, noting that under the country’s correctional regulations, “the former president will be eligible for parole once a quarter of his sentence has been served”.

Zuma “will be afforded dignity throughout his term of incarceration,” he said, speaking in front of Estcourt prison in KwaZulu-Natal province.

It was gathered that Zuma handed himself in overnight to the police to begin serving the sentence at the jail, which is located in a small farming town.

It should be recalled that the sentence was handed down by the Constitutional Court on June 29 after Zuma refused an order to appear before anti-graft investigators.

Zuma, who is in “good spirits” will be placed in isolation for the first 14 days in jail in line with Covid-19 protocols, the minister said, adding that he would not receive “any special treatment.”

NSS and KIC sign MOU to help build the capacity of...

Husband sets Pregnant woman on fire for refusing to abort