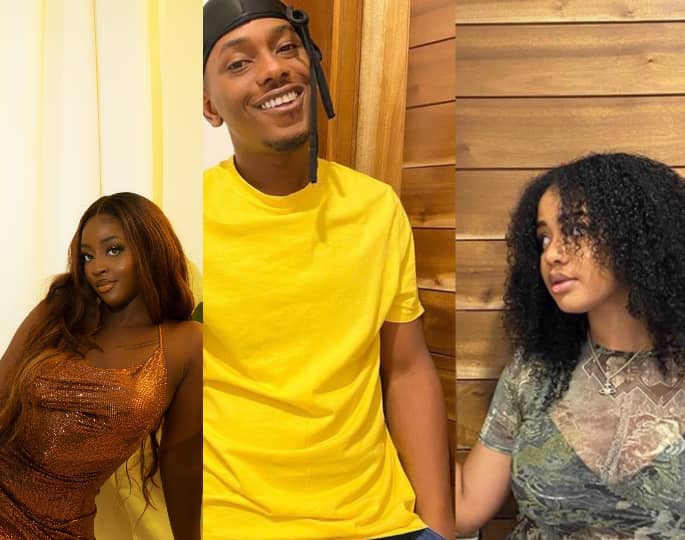 Timini Egbuson, an award winning actor got caught up in a cheating scandal with two girls fighting over him.

Lydia, who is Timini’s girlfriend got into a fight on the social media platform with another lady identified as Toju. This act made Timini trend for over 10 hours.

Toju blatantly claimed that she had sex with the movie star and was ready to fight Lydia because of the way she was handling the issue.

The drama between the duo caught a lot of attention on Twitter, resulting in different reactions from the users.

Toju claimed that Lydia was threatening her with legal action. She sent a proof of the threat by sharing a screenshot of her chats with Lydia on Monday, September 14.

The screenshot showed the sender with username Lydia telling Toju that her lawyers will be reaching out soon. She also added that Toju and her friends will be sleeping in Kirikiri.

The Elevator Baby actor and Lydia have been dating for quite some time. However, to some social media users their relationship seemed unsuitable because of their age differences. Timini is 33 years old, while his girlfriend, Lydia is 19 years old.

Timini Egbuson, who is the younger brother of the popular actress, Dakore Akande won a African Magic Viewers’ Choice Award (AMVCA) with the part he played in the movie titled, ‘Elevator Baby.’

Available on board South Africa’s vaccine train are virus jabs