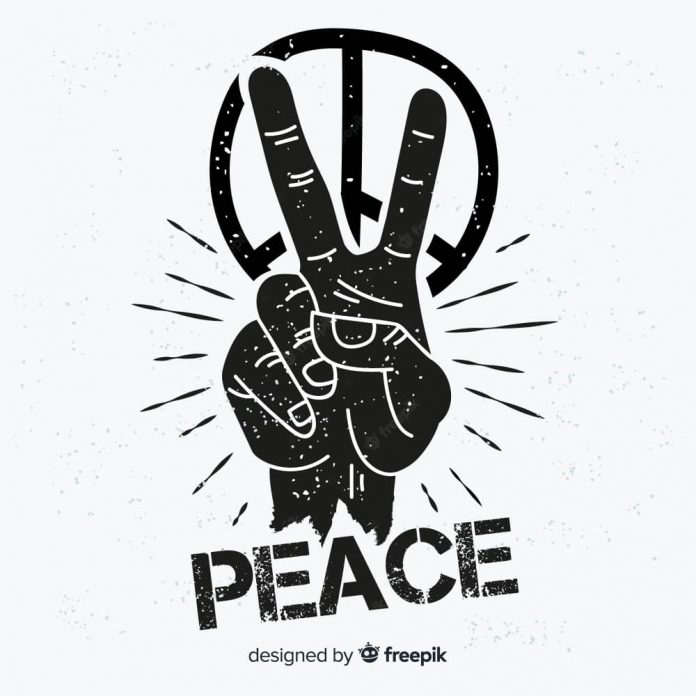 The search for peace has been one of the humans’ greatest quests in the twenty-first century.

The pursuit has seen different stakeholders launch initiatives to promote peace and guarantee a global order where justice, hope, and harmony reign. Peace is a precursor to development, a vital ingredient required for nation-building.

Peace is becoming elusive worldwide as more wars and conflicts have emerged in different nations.

In Africa, Ethiopia’s civil war has continued to threaten the fate of millions. It has plundered the future of many citizens as thousands continue to suffer from the horror of starvation, displacement, and death.

Outside Africa, the Russia – Ukraine war has continued to dominate global headlines. The conflict has claimed thousands of lives and imposed unquantifiable damages to the global order, resulting in an energy and food crisis.

The 2022 Global Peace Index (GPI) shows a deterioration in global peacefulness. According to the report, the most significant decline occurred in “political instability, political terror scale, neighbouring country relations and refugees and IDPs indicators in 2022 relative to the previous year.” These indicators, the report indicates, reached their worst levels since the inception of the GPI in 2008.

The pursuit of peace is the basis for the establishment of many multilateral organizations. The establishment of the United Nations in 1945, for example, was borne out of the necessity to halt the trend of wars and conflicts that will subject humans to horror, as witnessed during the Second World War. Since the establishment of the United Nations, many multilateral institutions have emerged, with mandates to pursue peace and help in security, most notably human security. The UN, on its own, has not relented in its advocacy for peace; it has intensified campaigns on different peace initiatives and launched development policies and programmes that will help address the deficit of peace and security in our world. The observance of international days is one area the UN has used to promote its virtues and ideas.
September 21 is dedicated as an International Day of Peace. The idea was conceived in 1981 by the United Nations General Assembly to help raise awareness and campaign on the ideals of peace by observing 24 hours of non-violence and cease-fire.

This year, the celebration is framed along the lines of racism and the challenges of peace, with the theme: “End Racism, Build Peace.”
The International peace day this year serves as a wake-up call to global leaders and policymakers to rise to the challenge of racism.

Racism is becoming endemic across the world. It is perpetuated in different nations under various guises.

The Covid -19 pandemic exposed the sad reality that racism is still a significant global issue. George Floyd’s death led to a renewed movement for equity. The black lives matter campaign was a reminder to the world that racism exists, and it is aided by institutions that should ordinarily protect the rights of citizens and prosecute hate crimes.

The black lives matter was not just a catchphrase for a campaign against the death of a black US citizen but a movement that echoed the urgency for institutional reforms and the need for greater commitment to equity and justice by all leaders.

Across the world, there are deep structural perpetuation and the manifestation of racism by state and non-state actors. The COVID -19 pandemic exposed the institutional gaps and the hypocrisy of many nations in the discourse of racism, as Africans were exposed to varying degrees of racism, from vaccine apartheid and many other discriminatory COVID protocols.

Worrying as it seems, racism still exists in many countries; it is manifested under different guises and frames as xenophobia, anti-Semitism, religious and cultural bigotry, and supremacism. Sometimes, it is state-sanctioned and enforced through laws and government instruments. Racism, xenophobia, and other forms of discrimination are atavistic cultures that should have no place in modern societies, as they bifurcate the world, reinforce disunity, and entrench a culture of hate and hostility in any environment.

The menace of racism, as aptly stated by Antonio Guterres, “ robs people of their rights and dignity. It inflames inequalities and mistrust. And it pushes people apart, at a time when we should be coming together, as one human family, to repair our fractured world.”

In Nigeria, many cultural practices typify racism, cultures that discriminate against some gender and deprive some members of society of accessing some fundamental rights and enjoying certain freedoms. This kind of practice is also reinforced on the political turf. In some states, it is a thing of a miracle for some ethnic groups to occupy certain elective positions, as ethnic groups are always cancelled based on mundane prejudice.

This trend has impacted Nigeria’s diversity negatively, resulting in mistrust, disunity, and hate in the polity.

Too often, peace is breached and compromised because of the absence of justice and equity in our system. This has been responsible for many of Nigeria’s crises, resulting in a deficit of hope, peace, and security. Building peace requires the prioritization of justice and equity in the polity. Building peace goes beyond advocacy; it calls for deliberate action and purposeful statecraft that guarantees equity and institutionalizes justice in the levers of governance.

Ominabo is the communications Officer at the Goodluck Jonathan Foundation.

Concerns over Mabuza taking over from Ramaphosa is just ‘fearmongering’ –...