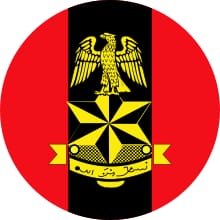 The Defence Headquarters disclosed that the fighting force of terrorist group, Boko Haram has been grossly depleted.

Acting Director Defence Media Operations, Brigadier General Benard Onyeuko who made this knoen during the bi-weekly media parley at the Defence Headquarters, said this is as a result of an offensive launched by troops.

He said the intensity of these operations has yielded tremendous results as evidenced in the number of casualties and massive surrender of terrorists in Buni Yari, Gorgore, Baga and Monguno Towns as well as Maiduguri – Baga Road, Maiduguri – Damboa Road and Bula Yobe – Darel Jamel Road.

Onyeuko also disclosed that a total of 80 insurgents were arrested while 51 were nuetralised and 30 kidnap victims rescued within the last two weeks.

“Cumulatively, the operations led to the neutralization of 27 BHT/ISWAP fighters, arrest of 51 BHT/ISWAP terrorists, 3 terrorists’ collaborators as well as recovery of 35 assorted arms and 1,051 round of ammunition including AK-47 and FN rifles, Dushka anti-aircraft guns, GPMG, PKT guns, 60mm mortar tubes, Makarov pistol and other machine guns, amongst other items. In addition, 29 abducted civilians were rescued within the period under review. Gentlemen no fewer than 1,000 terrorists and their families comprising adult females and children surrendered to own troops at different locations in the North East.

“In all incidents, troops repelled the criminals, rescued farmers and kidnapped victims as well as recovered arms, ammunition and some livestock, while some criminal elements were arrested. Cumulatively, a total of 89 livestock, 5 AK-47 rifles, 3 rounds of 9mm ball and 48 rounds of 7.62mm NATO ammunition were recovered and 4 kidnap victims rescued.

“Also, two notorious cattle rustlers named, Mallam Buda Umar from Niger Republic and Mai Hatsi Ibrahim from Gada LGA of Sokoto State as well as 4 armed bandits and drug peddlers were arrested. Furthermore, between 2 and 6 August 2021, the Air Component of Operation HADARIN DAJI, carried out intensive air strikes on bandits’ hideouts at the South of Dansadau Town; North of Kwiambana Forest Reserves as well as North of Sububu Forest and Dudufi village under Faru District in Maradun LGA, all in Zamfara State.”

Man commits Suicide over his inability to pay Debts

FG to launch new satellite worth N2.5billion in 2022

Sudan Inflation Rises to one of the Highest in the World...