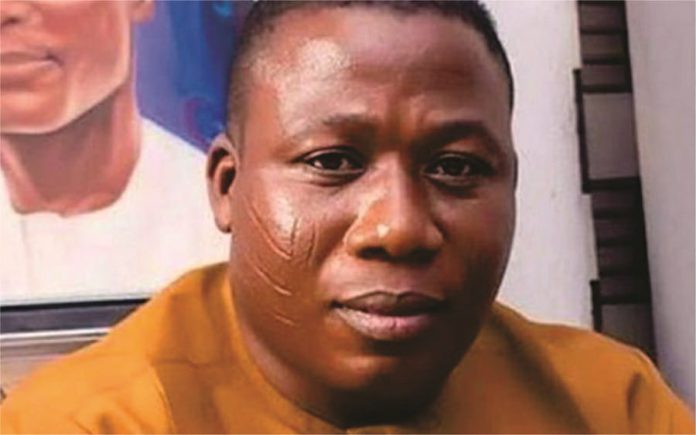 A Beninese court in Cotonou has ordered that Yoruba Nation agitator, Sunday Adeyemo, popularly known as Sunday Igboho, should be returned to the police custody pending further investigation.

The case was heard behind closed doors, as the court placed some restrictions on attendance, granting access to only lawyers, Igboho’s wife, Ropo, who was just released from police detention in Cotonou, and a few others in the courtroom.

According to Punch, journalists and Igboho’s supporters who thronged the court in large numbers were barred from the court proceedings, so details of the judgment have been sketchy as of the time of filing this report.

There were reports that the police dispersed the supporters and journalists from the court’s premises. However, some of the supporters reassembled at Marina Roundabout in Cotonou some minutes after, awaiting judgement.

Recall that last Thursday, the Beninese court had adjourned Igboho’s case till Monday after his team of 5 lawyers failed to convince the prosecutor that he had no case to answer.

Igboho is reportedly in court to answer to charges for possible extradition to Nigeria after he escaped from Nigeria following a raid on his residence in Ibadan by the Department of State Security (DSS).

After Thursday’s hearing, the lawyers had stated that prosecutors claimed Igboho was on a watchlist for alleged trafficking in arms, inciting violence that could result in social disturbance, and causing disunity in Nigeria.