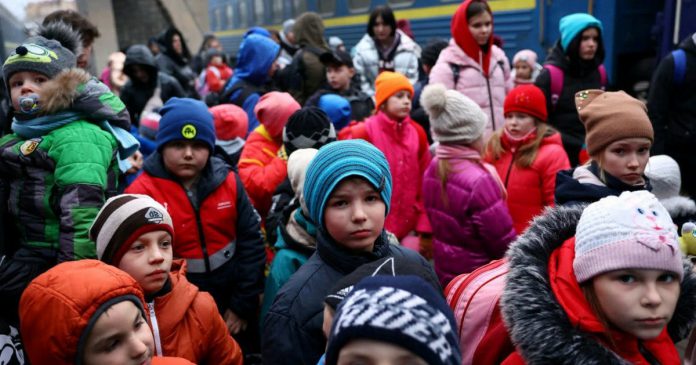 2389 Ukrainian children have allegedly been “kidnapped and deported to Russia ”, an act that has been described as a “gross violation” of international law.

Ukraine’s Ministry of Foreign Affairs made this known via his Facebook post, where he accused the “aggressor state” of Russia of kidnapping children.

The post read: “According to the information received, on March 19, Russian occupation forces illegally took 2389 children to the territory of the Russian Federation, who were in the temporarily occupied areas of Donetsk and Luhansk regions.

“Forced relocation of civilian population to the territory of the aggressor state, in particular children, has signs of kidnapping.

The MFA claimed that by “destroying homes and killing parents”, Russia deprives Ukrainian children of parental care and puts their lives in further danger.

“The facts of kidnapping children, as well as hundreds of other facts of crimes by Russian occupiers against civilians in Ukraine, are carefully documented by law enforcement.

“The culprits of these crimes will be brought to justice,” the statement read.

Gruesome! Doctor Murdered, Remains Burnt at His Residence In Zamfara