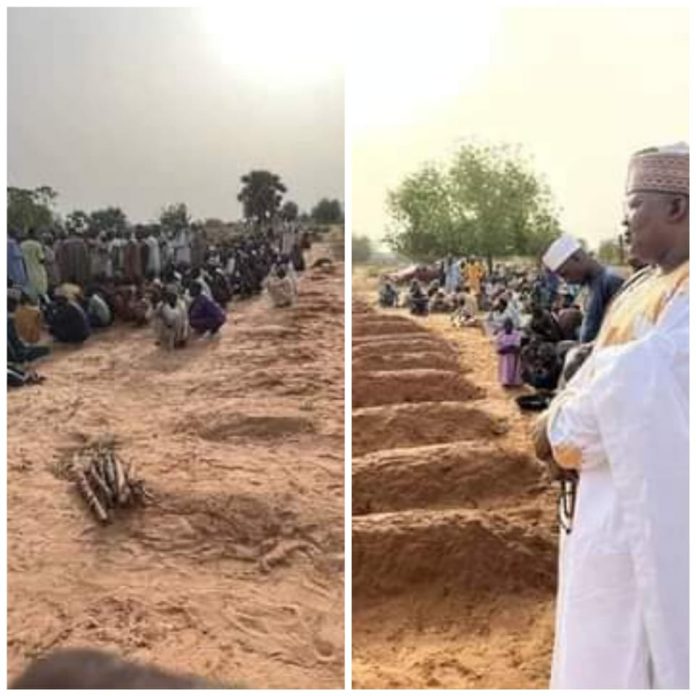 At least 18 people have been reported dead while six persons were declared missing after a boat capsized in a river in Mai’adua Local Government Area of Katsina State.

According to a resident, Lawal Sakatare, the canoe conveying 24 Sallah celebrants capsized at about 11:00 pm on Wednesday, May 4. Majority of those that drowned were young children.

“Fourteen of them were from Tsabu village while four were from Dogon Hawa village. Fifteen out of the 18 were buried in Mai’adua today (Thursday) while the remaining six persons onboard are still missing,” he said.

He added that a team from the affected villages was still on a search and rescue mission, trying to locate the remaining six even though hope of getting them alive had dimmed.

The State Commissioner for Local Government and Chieftaincy Affairs, Hon. Ya’u Umar Gwajo-Gwajo was among the dignitaries that attended the funeral of the victims.

2023 elections for you to make your mark, Obi tells youths

Panic as fire guts a filling station in Abuja

DA trying to ‘chop down cancer’ of ANC’s cadre deployment

Covid-19: $81m worth of vaccines govt paid for was not delivered...