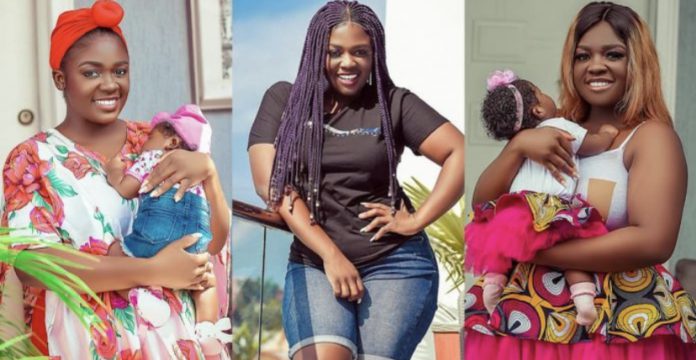 According to Kumawood actress and producer Tracy Boakye, the gossip being peddled about her have rather paved the way for her to look at how far she has come in a short time, though she puts just a portion of her properties on social media.

Tracey added that rumours about Dr Kwaku Oteng, CEO of Angel Group of Companies, being the father of her daughter Nhyira is not true, and it doesn’t scare the businessman away from her life.

Tracey Boakye also disclosed that Dr Kwaku Oteng has never set his eyes on her daughter, so he can’t be the father.

“What is happening on social media will not stain my relationship with any big man; they (trolls) are rather paving ways for me. I don’t even have to say this because they (trolls) know where my life was when they started, and they know how things are going even though I put about 20% of my things on social media.”

To get work to do in Ghana now, you have to lie about innocent people to get followers and attention. After that, you start placing ads on your socials to earn money.

Through me, I have seen more than 200 people getting work,” Tracey Boakye said in a recent interview.

Tracey Boakye ends by urging her trolls stating that it won’t change anything because God’s will is not theirs.

My worst experience is getting pregnant out of marriage – Adunni Ade

You will fail in your mission to destroy me, Ini Edo...

Omawuni explains reason behind why she cut her hair low