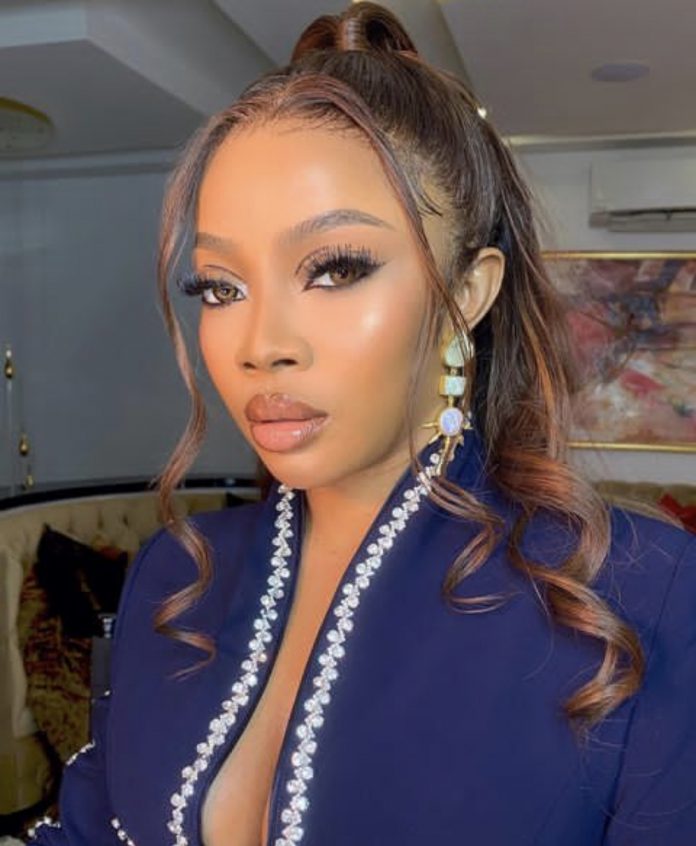 Popular media personality and lifestyle enterpreneur, Toke Makinwa, has started that she’s tired of being strong and wishes she could be vulnerable with someone.
In a post via her Insta-stories on Monday, the On Air Personality said she can’t remember what it feels like to open up and be so vulnerable with another person.
In her words, “I can’t remember what it really feels like to open up and be so vulnerable with another person, tired of being so strong. I want to feel soft again. But the way the world is set up today.”
This comes after Toke called out her friends for not showing her support after a new movie she featured in was released.
The 37-year-old TV host who starred in the remake of Nollywood classic “Glamour Girls” made the call on her Insta-story adding that none of her friends should expect any support from her when they need it because she would repay them in their own coin.
Meanwhile, the movie was met with massive criticisms from movie lovers who claim it did not meet their expectations.
Apparently, in reaction to the criticisms, Toke took to her Insta-story to reveal that her friends didn’t show her support or praise her acting skills after the movie was released.
The Actress wrote: “I’ve received more support from strangers than I have from friends since glamour girls came out, Not mad or feeling entitled, just putting it out there so that when next your palm itches you to ask for my support on anything, remember you stayed silent when it was my turn.
No more what will Jesus do, pls be guided.”

I want to thank all Kenyans who came forward to vote...

Tems defines God as her success, not talent