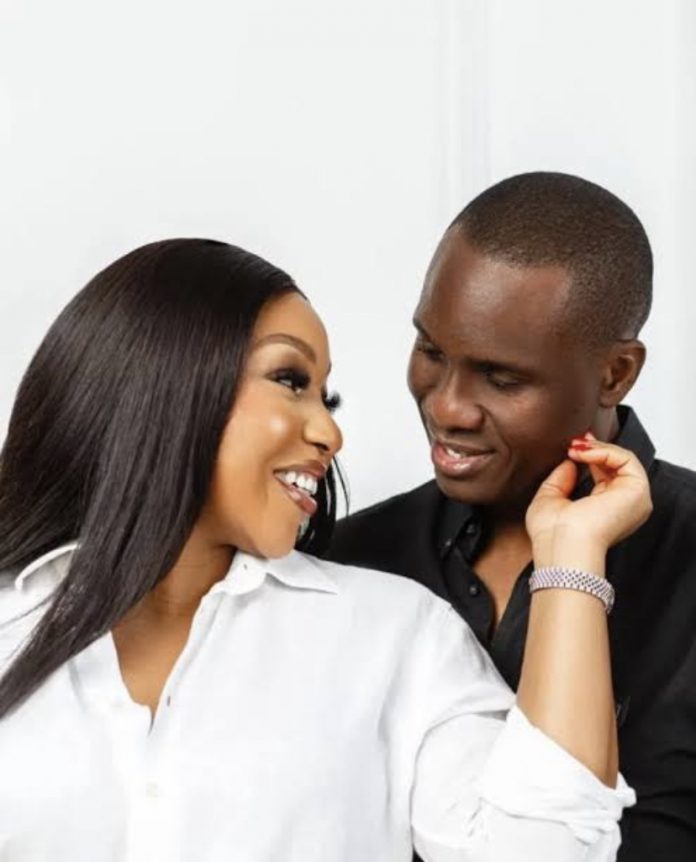 Nigerian actress, Rita Dominic, is now engaged to Fidelis Anosike, the Publisher of the Daily Times.

It was learned that the consuls of Rita have revealed the couple “got engaged some time ago and have privately been putting plans together for their upcoming nuptials.”

Love pictures of the actress and her probable husband have also gone viral on social media.

It was learned that, in weeks to come, the couple will have their wedding ceremony as their friends are expected to start accepting invitations for her bridal shower this week.

The actress has starred in over 100 Nollywood productions.