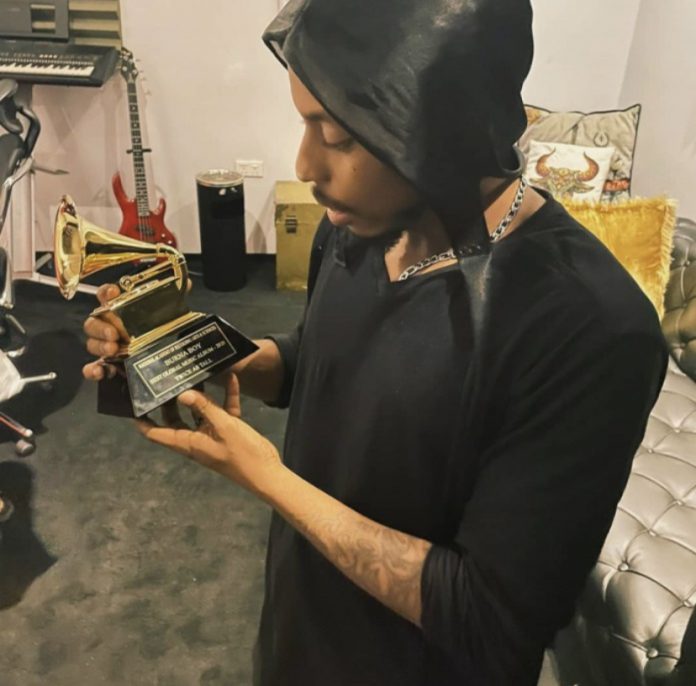 Nigerian record producer and songwriter LeriQ has received a certificate of recognition from the Grammy Awards Recording Academy for the role he played in the production of Burna Boy’s ‘Twice As Tall’ album.

The 2020 released album won the 63rd Grammy Awards World Best Album. LeriQ who is currently signed to Spaceship Records through Spaceship Collective was among the producers in the album.

The certificate from Recording Academy is for his role as a producer. “Look what came in the mail! Damn grateful!!,” the multiple award-winning producer posted on his official Twitter handle alongside a photo of the certificate.

Officially known as Eric Isaac Utere, LeriQ, has previously achieved recognition for his work on Burna Boy’s 2012 single ‘Like To Party’, and went on to produce the singer’s debut album ‘L.I.F.E’ that was released in 2013.

The album is a mixture of Afrobeats, Afrobeat, dancehall, pop and hip hop. It was produced primarily by Telz along with production from Rexxie, Timbaland and DJDS, among others.

Funke Akindele’s colleagues are not campaigning for her — Movie Director, Austin Faani

Effective Living Series: Tips on where to invest your money

Shatta Wale slams Nigerians for not qualifying for World Cup