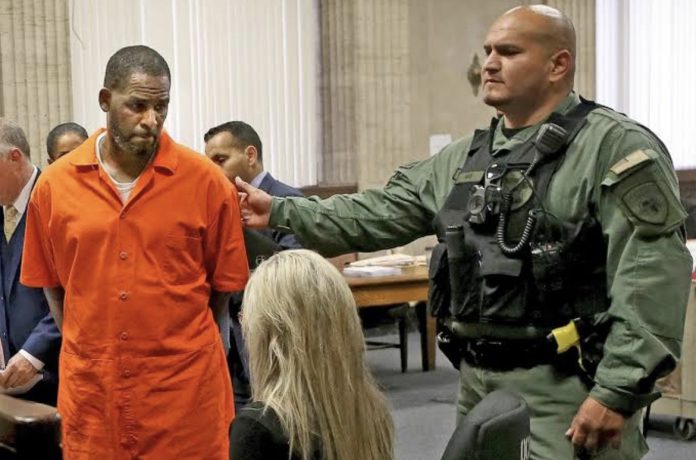 Famous American R&B star, Robert Sylvester Kelly, popularly known as R.Kelly, has been sentenced to 30 years in prison for sexually abusing women, girls and boys, more than 20 years after first facing allegations.
R. Kelly was sentenced at Brooklyn Federal Court after being alleged to have systematically abused minors s*xually for decades.
The Trial of the American Artist who has been incarcerated without bail since 2019 has brought numerous accusers to the fore who spoke about the abuse he subjected them to.
“You made me do things that broke my spirit. I literally wished I would die because of how low you made me feel,” one accuser told the court.
Report says R-Kelly also has to pay a $100,000 fine.
R-Kelly who was convicted of s*x trafficking, also faced more charges for child p*n*rgraphy and obstruction of justice in federal court in Chicago.
The accusations against Kelly were stunning, with many young fans, including some below legal age, allegedly s*xually abused by him, forcing many of them through threats and coercion to sign agreements to keep the abuse a secret.
Meanwhile, Allegations have been hovering around him since the 90s, but things got to a crescendo after the advent of the #MeToo movement.

Elon Musk sells nearly $7 billion worth of Tesla shares as...