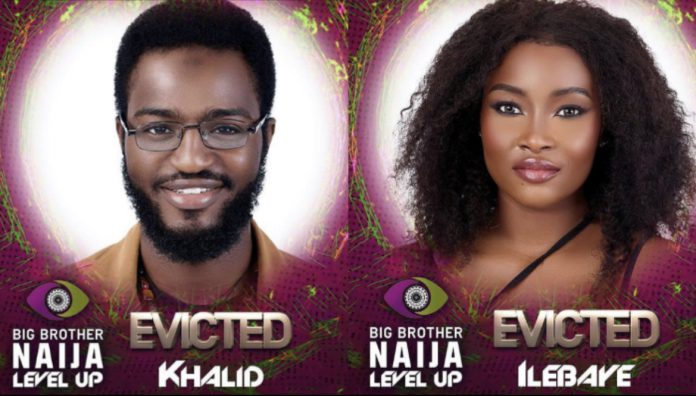 The Big Brother Naija season 7 held its second live eviction show and two housemates were disqualified.
The show host, Ebuka Obi-Uchendu, made the announcement of the eviction of Ilebaye and Khalid respectively during the live show on Sunday, August 14, which also featured mind-blowing performances from Mavin’s Crayon and Magixx.
Earlier in the week, Adekunle from Level 1 became the Head of House and he was given the power to nominate five housemates from Level 1 for possible eviction.
Adekunle nominated Ilebaye, Khalid, Groovy, Phyna, and Bryann for possible eviction.
Following the votes from the viewers, Ilebaye and Khalid were ushered out of Big Brother house after coming bottom in the list.
Khalid’s eviction was welcomed with tears from Daniella, who is in a romantic relationship with the latest evictees.
After his eviction, Khalid noted that his relationship with Daniella was “serious” during his stay in the house.
Meanwhile, the lovebirds had caused a massive stir in the house and for the audience following their sexual activities under the duvet.
However, with Khalid and Ilebaye’s latest eviction, only 19 real housemates are on the show with Deji and Modella described as fake housemates, Rachel and Chizzy are Riders.

Nollywood producers request for sex from females before casting them –...