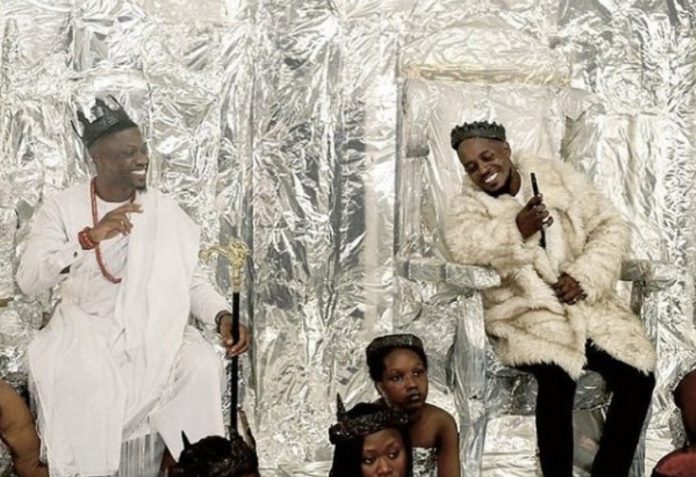 MI Abaga has opened up about his feud relationship with Vector, who is a colleague in the industry

Recall that in 2019, the duo had a protracted feud that saw them pour out their grievances in diss tracks.

MI had released ‘The Viper’, a beef song aimed at Vector, a move which prompted the latter to put out ‘Judas the Rat’, a diss track for the Jos-born artiste.

The duo, however, sheathed their swords and marked the armistice with the release of ‘Crown of Clay’ their collaborative project, in March.

Speaking about the feud in an interview, MI said at some point, he got tired of Vector’s negative comments about him.

“Anytime I’ve been asked about Vector, I speak glowingly about him. I have called him one of the best freestylers, called him a great artist. You can check my tweets. Type MI Vector and see what I’ve said about him,”

“If you find me one clip, ever, of Vector saying something nice about me, one clip, I’ll apologise. Every single time I’m involved in one form of issue, he pops up, says something about me and it’s always something negative.

“It’s always shade. At some point, I just got tired. There also came the narrative that MI is not going to respond cause he’s scared. And I think that situation was very unique because I had just started.”

“The thing was heating up. Every egbon (senior) in music business called me and told me to say nothing,”

“I got on a plane someday and met this West African director of a multinational company, a powerful woman, who was in tune with what was going on. She also advised I don’t respond to whoever it is that’s saying things about me.

“I tweeted and she tells me ‘you see, your tweet pops up on my screen, so be careful what you say on your platform’.

“Even coming to that situation which I hadn’t prepared for before, I had to be like, ‘hey you know what, I can’t respond willingly, I can’t talk about this the way I want to talk about it but it was time for me to say something’.”